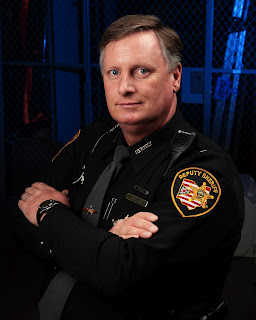 Tomorrow a little bit of history will retire from the Wayne County Sheriff's Office.
Lt. Jim Henry will quietly retire.
Jim started with the sheriffs office in June of 1980 at the age of 18.
His hiring came as a bit of a surprise. 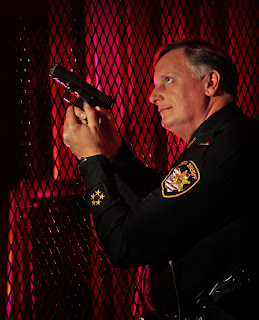 I have heard the story many times and it goes like this. “ I was a reserve deputy and was working at Fishers Big Wheel in Wooster at the time. I was walking down the hall of the Justice Center and I passed Sheriff Frost. The Sheriff said “hey do you need a job, and I said yes and was hired just that quickly. What I did not know at the time was Frost had just fired another deputy and I was the first person he happened to see”.
Henry served in the corrections division as well as the patrol division and held the rank of sergeant in both divisions.

'I was working in the jail and the sheriff came in and said he needed someone to change the headlight in his cruiser. As a joke I made the comment, “does this uniform say SOHIO?” This may have been Henry's first chance and being a professional stand up comedian as the comment earned him a three day “vacation”!

During the bulk of his career Jim was assigned to the patrol division working many midnight and afternoon shifts. Most recently Jim has worked dayshift and will retire with the rank of lieutenant.
As an artist within the office, Jim created a childrens coloring book that can be found here.
If you see Jim Henry tomorrow, wish him well!
at March 12, 2012