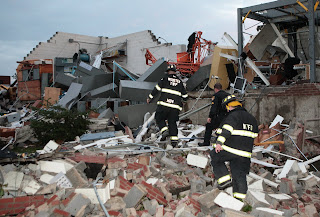 It happened last night. It would be the last night of the Wayne County Fair and thousands of people were in attendance then… the tornado sirens sounded. This was not a drill…it was real.


Those in attendance a the fair had no idea that less than two miles away an apparent tornado had touched down and caused extensive damage. 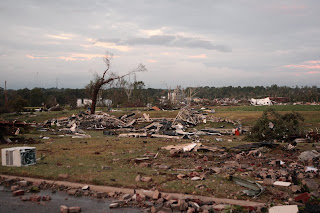 Much of the damage took place in the area of the The Ohio State University, Ohio Agricultural Research and Development Center. 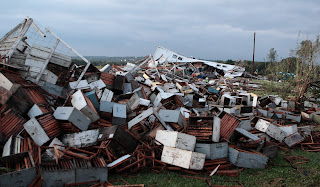 Law enforcement and Fire officials responded to the area and conducted a search. Emergency response to the area was hampered by a combination of trees and wires on the roadway combined with curious citizens wishing to see the damage. As the reports go, there were no serious injuries. 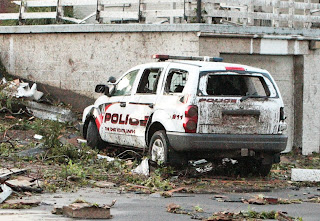 Residents who live in the area all said one thing…it happened so fast, in seconds it was over.
at September 17, 2010